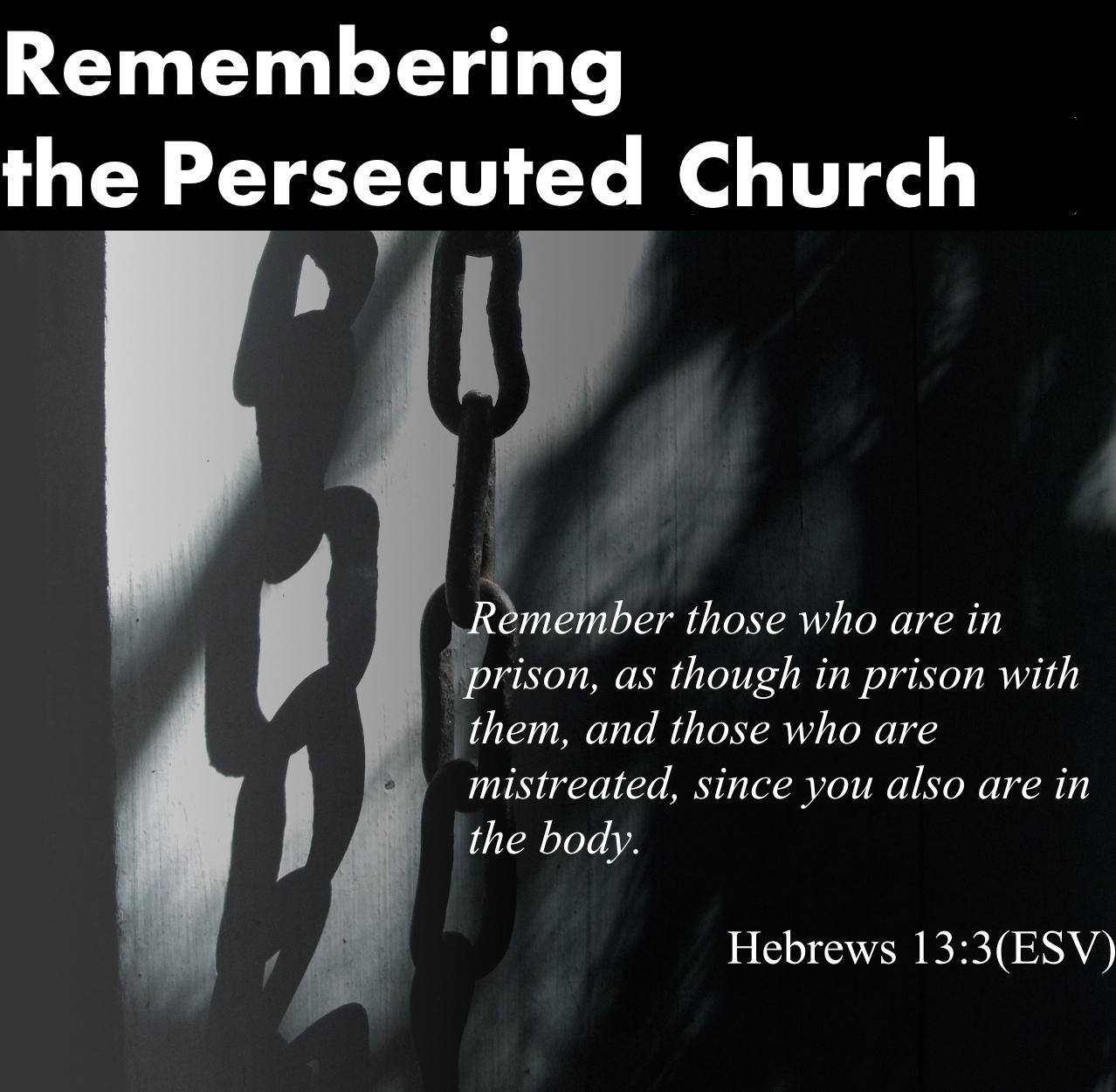 In an effort to keep the persecuted church in front of our people, the first Sunday of every month we'll feature a nation where the church endures persecution for the sake of Christ.

We encourage you to do one of two things:

This Month: Christians in Syria

This month we'd like to encourage you to pray for Christians in Syria  Here is a quote from Open Doors on the current situation:

Even though the public threat of ISIS has largely subsided, Christians in Syria still grapple with daily persecution that may become violent. In areas where Islamic extremist groups are active, leaders of historical church communities may be targeted simply because they are more visible. But leaders of other Christian groups are also vulnerable because they may be more active in evangelism. Church buildings are completely destroyed in many parts of Syria where Islamic extremists had control (or continue to maintain control). Where extremists control territory, any public expression of faith is dangerous. Additionally, every Christian in Syria lives with the constant realization that Islamic extremists have not necessarily left Syria—they’ve just retreated into the shadows, and they may return to public life again in the future.

As the Christian population of Syria has diminished due to the civil war, more and more Syrian Christians come from a Muslim background. This makes them additional targets—the government wants to ensure there is no social upheaval caused by religious conversion, and families and communities may reject, punish or even attack Christians who convert from Islam.

For more information on how you can pray for Christians in Syria, click here.