A Testimony of the Faithfulness of God

Soon after preaching through Psalm 27, Neil Tilley shared this testimony with me. I asked him to send me a written account of his experience to minister to others. Testimonials such as this are concrete examples of God’s faithfulness and can give hope to believers. ~ Tony Sanelli

My time without a job was filled with drifting, busywork, distraction, feeling opportunity, feeling stuck, yet watchfulness for what the Lord would do. I remember three years ago when the announcement came. I was ready for such a possibility; I had saved by not living paycheck to paycheck; I knew the reality that jobs end and change; I knew it was a business decision, not personal. Yet I didn’t know what was going to happen.

I had one connection – Grace Bible Church – but otherwise, my roots were elsewhere. I couldn’t decide whether to stay or go, to go into ministry or support the ministry by finding a place to work. I was on the fence about everything. Up to that point my walk with Christ had included many others’ testimonies, where I heard of the Lord’s steadfastness and faithfulness. 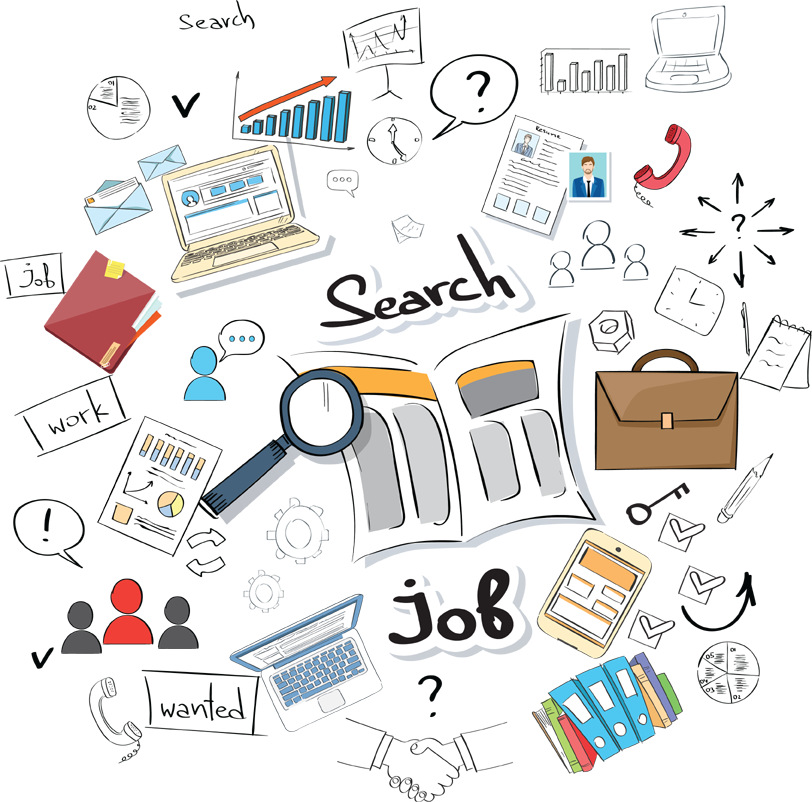 I knew Jesus’ promise that our Heavenly Father knows what we need and provides, valuing us much more than the sparrows and lilies of the field. But generally speaking, I had not experienced any real test of believing it to be true, that He is faithful to bless, in His good timing and when He so chooses.

So while my outlook was at peace about being out of a job, it was still a murky understanding of how it would work out in the purposes of the Kingdom of Jesus. That part was hard for me.

I followed two tracks: work-wise, could I talk to people; network friends, fellow unemployed people, personal referrals to job interviewers. At the same time, cultivating a way to see how Jesus was working in the midst of this, could I build connections with the church body/GBC; men’s ministry, the mission’s team, opportunities to serve, friends in the Hispanic worship service, coffee with more mature fellow believers?

Basically, could I get wisdom to figure out my next step for each day, as well as, how to see that whatever happens will work out for the glory of God? I stayed in that tension of looking for things to try, getting out there and staying patient, waiting on the Lord to reposition the people and pieces at the right time for the next thing He would have me do.

Make no mistake, it is a real tension: To know what is that middle spot between controlling things and giving over to Let go, and let God. I feel the desire to build up my ideal world through my efforts but Jesus’ example to me is to surrender to my role in the Kingdom where Jesus is King and I do His bidding.

During my times with God it was one of the main wrestling points: What is the best thing for me to be doing? What am I best at, at all? Why am I doing what I do? But whatever those answers, under them all was this: For whom?

God was in no way obliged to answer just as I wanted, and He didn’t at that time. The friend networks came up short. Interviews panned. Ministry engagements did not blossom into some next direction. Were all these experiences meant to be a sign?

Months passed. I was checked out. Any desire to uproot back to SoCal was as strong as my reluctance to leave. Mostly I filled my days, listless and distracting myself. The Lord’s challenge to me was, even if He ordains my life it doesn’t mean it will fit some concept I might have of what a man’s life should be; to be productive, working and giving to others. Do I surrender to that and accept it, for as long as He allows? If He wants to give me satisfaction or withhold it, do I start doubting that Jesus is merciful, good, and loves me?

Going on six months without work, Jennifer and I were now engaged. That was an exciting time but undercut by feeling I was heading into this commitment useless, certainly not a strength in starting our marriage. By the end of that year she married an unemployed man. God was giving answers to prayers I was not asking, and He was leaving with me all my questions of who was I supposed to be.

In hindsight, I had another nine months to go still of being out of work. I was at home adjusting to a new role as a husband, while hardly being a good steward of a new household. Financial stress was growing. No advice ever resonated about how to optimize my chances to get a job. I did not question that the Lord would provide, but I was struggling with not knowing how He would.

But God had an amazing plan that I could never have predicted. It seemed to come from nowhere.

First, in His grace, long after my savings should have run out, we were still in a home, healthy, and grateful. Second, out of the blue, He got me connected with a recruiter who helped me land a job! It was nothing we could see coming: an industry totally unrelated to my old position; a new team with an opening that had not existed until that month; a nation-wide search by a New York company that did not require relocation as long as they could find the right match; an initial video conference that did not leave the interviewers persuaded I was the right fit; and a hiring manager whose review of my resume led her to reconsider their first impression and arrange a separate 1-on-1 conference call that resulted in extending an offer. None of that was my doing, purely a gift of His grace!

God’s grace continued abundantly from there: Not only is the manager the most thoughtful I have ever worked for, but those initial interviewers also came around and said they had underestimated how well I would fit on the team. The Lord then chose to bless Jennifer and me further: The job’s additional benefits answered all the needs we were facing – income, location, health, and stability.

Jennifer has never seen me before so engaged in what I do; the work taps into all the things I do best. Jesus demonstrated again that He is good! Caught between two hard choices, He showed a third way out that only He could have sovereignly orchestrated.

The biggest thing He taught me is that He is in control and faithful. This is true, even if it feels like the darkest before the dawn (the day before that recruiter reached out to me, a year and a half without a job) or like the bright of day (the first day at work after three whirlwind weeks of interviews, adjustments, and an urgent wardrobe upgrade from a year of hoodies and jeans).

It has been said that Jesus does not work according to our timetable, but He is never late. He rescued us; He changed me; I know personally how much I can lean hard on Him.

Jesus’ call to me is to trust that He knows what is best for me and who He is shaping me to be. Anybody else’s experience will be different, because He loves us enough not to make our story like anyone else’s. How could we expect anything less of the One who knows my heart, the end from the beginning, the right time to answer, and every good gift, which He gives sovereignly as He pleases?

That was my lesson. And now I always have the benefit of looking back on experiencing His grace through those times of despair and seeing my patience stretched to new limits and of watching Him accompany me through a shadowed valley to the other side.

I believe that I shall look upon the goodness of the Lord
in the land of the living! Wait for the Lord;
be strong, and let your heart take courage; wait for the Lord!
Psalm 27:13-14, ESV