The ongoing protests and riots taking place in various cities of our nation have once again thrust the topic of the church’s relationship to society and culture to the forefront of the minds of many. While today’s discussion is largely discussed under the heading of “social justice,” the foundational and broader doctrinal category has been historically reflected upon as “Christ and culture.”

Some people become deeply stirred or even agitated with this topic because it touches upon how they approach interaction with the surrounding culture, which is essentially something they are doing constantly. What is the proper approach? What is the relationship between Christ and culture? Since 1951, one popular starting point for this discussion among theologians has been Richard Niebuhr’s book “Christ and Culture”. Most recently, D. A. Carson has written “Christ and Culture Revisited” in which he reviews Niebuhr and evaluates where the church is today in its thinking on this subject.

Niebuhr proposes five relationships Christians have taken in answer to this question. I will briefly summarize them, not in the order he presented them, in order to illustrate a point.

This is essentially withdrawal or retreat from the culture. Everything the world produces is “worldly.” Think Quakers, Amish, Anabaptists, some Fundamentalists and Pentecostals. Those holding this position in America tend to retreat and create a parallel universe (Christian Disneyland). Culture is not worth saving… run away and copy them. This is OPPOSITION.

Advocated by Thomas Aquinas. It begins to “synthesize” Christ and culture while recognizing Christ is far above culture. John Stackhouse Jr. sums it up by saying, “all that is good in human culture is a gift from God. But to be fully realized, this good requires Christian revelation and the mediation of the church.” This is the common Roman Catholic view. The church should try and bring together what is good in the world with the gospel and take responsibility for its great institutions. This is SYNTHESIS.

3) Christ and culture in paradox:

This is a dualist position or the concept of two kingdoms. It was advocated by Martin Luther. We are in the world but not of it. We must be careful to not estrange ourselves from the world, but at the same time not to embrace it either. We are citizens of two worlds often at odds with each other.

Stackhouse describes this paradox, “they tread a path that can seem crooked and unclear, trying to honor what is divinely ordained in culture (such as family bonds, the rule of law, and deference to legitimate authority) while also living out the distinct values of the kingdom of God as best they can without compromise. Furthermore, sin mars all of our efforts, evil twists them, and God works in mysterious ways behind the scenes. Thus, Christians in this mode are never free of suspicion yet never lacking hope.” This is TENSION.

This view is the transformational view. Its most famous advocate was Abraham Kuyper in the Reformed tradition. Christians must recognize that while we live in two worlds and both belong to God, sin deeply infects every part of creation and we must redeem culture in the name of Christ. Society is to be entirely converted to Christianity and it is our duty to do so. This is REFORMATION.

This position takes the other extreme of view one. Christians find their religion to be fundamentally compatible with the culture around them. There is almost no distinction between the church and the world for Christ is revealed in everything by common grace. Carson notes that this is not even a Christian option. This is AGREEMENT.

I reordered Niebuhr’s arrangement in order to make the point that the two extremes (views 1 & 5) are to be avoided. We are not called to withdraw from all interaction with culture because it is hopelessly corrupt. Jesus “sent us” into the world “just as” He was sent in order to make disciples, proclaim His excellencies and be the salt and light of the world. We must love neighbor and enemy. Isolation or sectarianism is not the answer. At the other extreme is assimilation, which as D. A. Carson noted, is not even a Christian option.

Is one position to be taken above the others as “the” biblical position? Some do advocate complete adherence to one position. My own conclusion, after many years of study and teaching this topic in our discipleship ministry is that the categories are too reductionistic and simplistic. Life is a lot more complicated than any of the three mediating views in the middle. Biblical realism leads me to conclude that the proper approach is a blended approach depending on the specific circumstances. This is the same conclusion arrived at by D. A. Carson in his volume.

I have taught the “Two Kingdom” view or “Christ and culture in paradox” because to me it is the position that best reflects the tension I see in the New Testament. It is a good starting point. Yes, we are to seek holiness, which might lead us at some points in time to withdraw to a degree (towards view 1). And yes, we are to seize every opportunity given to improve or transform aspects of culture we come into contact with (towards view 4). But the Bible presents the picture of tension – of the “already but not-yet” realization of the kingdom of God. We are a pilgrim people. As Peter states, we are “aliens and sojourners” (1 Pet. 2:11). We live in the tension of the two kingdoms.

Living as citizens of two kingdoms in this “in-between time” we will face many difficult decisions that call for discernment and wisdom. The Old Testament makes clear that there is a difference between knowledge and wisdom. However, they are not at odds. It is good to have knowledge. It is better to have wisdom. Wisdom is the knowledge of truth applied to specific circumstances and choices. But this takes time and effort. This takes study, prayer and reflection. But some are too busy to be bothered with this and jump blindly on the bandwagon of social, engagement.

Never has the need for wisdom and discernment become more critical in my own experience. The speed of cultural change has been greatly accelerated. It is clear to all that we are in a moral crisis in our nation. The implications of the various moral challenges have many strands and the questions come at us quickly in this age of 24-hour news feeds and social media. 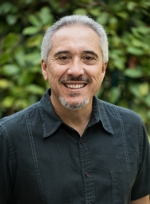 So, I take this opportunity to remind you that we are like Daniel living in Babylon, not like Israel taking the Promised Land. We can seek to do good for Nebuchadnezzar, but we can’t become absorbed, co-opted or compromise the gospel. We should make our voice heard in the political arena, but we are not called to “take over” or make a god out of politics. We must not confuse the two kingdoms and must never compromise the gospel nor our primary mission in this world at the expense of engaging the culture.

As Michael Horton writes, “The good things that we do with non-Christian citizens to preserve and enlarge society really are good, but they are not ultimate goods. The earthly city will never be transformed into the city of God this side of Christ’s return in glory. A Christian would then approach politics not with the question as to how the world can best be saved, but how it can best be served in this time between the times.”

Only Jesus saves and that message must never get lost, buried or marginalized.

Tony Sanelli is a Pastor Teacher at Grace Bible Church