The End of the Matter

No doubt each of us is tempted to place our confidence in any number of things like these. Ultimately, we may find ourselves justifying our behavior to obtain one or more of these things because they provide a sense of stability or certainty in our lives.

Clearly, the narrative of our day and age seeks to divide us by categories like these. Boasting, even, in the proposition that a redistribution of power and/or wealth may actually change the nature and character of the world in which we live. 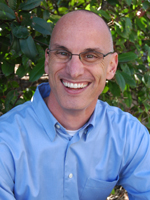 Yet, is the hope for humanity more money? More power? Higher knowledge? Is the hope for peace between people made in the image of God the redistribution of these things? Or is the hope for humanity and for us the risen Christ? Do our lives actually reflect that Christ is our only hope in this life and the next? Does our interaction with the world’s narrative declare that Christ is the Way, the Truth, and the Life, or do we tend to simply yell louder and boast in a better political system as the solution to a divided country?

These questions and others like them, I think, are answered in part by reflecting on the above passage.

Jeremiah was a prophet in Judah’s dark days about 600 years before Christ. The northern kingdom of Israel had fallen to the Assyrians and the southern kingdom was about to fall, as well, to the Babylonians. The book of Jeremiah in short is about God’s goodness and His people’s refusal to follow His ways. In the midst of their refusal to follow Him, he nevertheless promises that he will restore them pointing forward to the new covenant promise of new life found in Jesus.

In this passage God speaks through Jeremiah and exhorts his people to reject counterfeit hope, and to rejoice and delight in genuine hope.

Wisdom. Power. Riches. According to the world there may be nothing greater, and to boast in these things is to elevate them to a position of placing ultimate hope and confidence in them. Here God says His people must reject the lie that wisdom, power and riches provide any confidence or security in this life.

If you’re acquainted with your Bible, then you know that King Solomon had all of these. He had more power, wealth and wisdom than any person the world has ever known, and he sought to find ultimate satisfaction and joy by using them for his own pleasure and ultimately found it was all vanity. It was all meaningless, and he concluded “The end of the matter; all has been heard. Fear God and keep his commandments, for this is the whole duty of man [Ecclesiastes 12:13].”

Certainly, the times we are living in are exposing in what we are placing our hope, and in what we are trusting for joy, contentment, satisfaction and even in reconciliation between one people group and another. They are all counterfeit substitutes for true hope, and at the end of the day, we must conclude as Solomon did, that the things of this world cannot satisfy. They cannot create a sense of security. Nor can they be redistributed in a way that makes peace between people. “The end of the matter has been heard.”

“but let him who boasts boast in this, that he understands and knows me”

God calls his people to reject what is empty and to rejoice in what is true. “That he understands and knows me”

The Hebrew word here for “understand” has an emphasis that is found in testing and trial and observation. Let me provide this rough illustration. It took Thomas Edison 1000 experiments to get it right on the light bulb. Because of his intimate involvement with the process of creating that light bulb he understood it like no one else. “To know” in the Hebrew conveys a similar idea of knowledge through experience and revelation.

Think about what God is saying to his people: Why do you place your trust in the things of this world when you have tasted and seen the living God! The Creator condescended to make himself known to the created. He owed them nothing. He says He did not choose them because they were the greatest; rather because they were the weakest. He says he did so simply because he loved them [Deuteronomy 7:7].

He revealed himself to these people as a pillar of cloud by day and fire by night [Exodus 13:21]. Provided for them. Cared for them. Protected them all because he loved them. He crushed armies. He gave them food and water. Their clothes never wore out [Deuteronomy 8:4].

He never gave them reason to doubt nor mistrust Him. Always making known his faithfulness to them. He’s telling his people: “Boast in this! That you intimately know the living God and I intimately know you.”

Think about this today:

God has made himself known through the person and work of Jesus Christ, and for the Christian, we know true wisdom. Christ is the wisdom of God [Colossians 1:24].

For the Christian, we possess true riches. Paul counted all things rubbish that he may gain Christ [Philippians 3:8]. In Christ are found true riches. Every spiritual blessing in the heavenlies is yours and mine and is found in Christ [Ephesians 1:3].

For the Christian, we possess true power, true strength, true might that is found in knowing Christ. The Spirit of God is at work in us. The power of God is at work in us. What the world perceives as power and strength in this life are fleeting. But the power that is at work in you and me is the very power of God that raised Jesus from the dead and that never changes [Ephesians 1:19, 20]. The power of God, through the gospel, transforms us, changes us and compels us to put aside unrighteousness and live in righteousness [Romans 1:16; 2 Corinthians 3:18; Ephesians 4:22-24].

“that I am the Lord who practices steadfast love, justice, and righteousness in the earth. For in these things I delight, declares the Lord.”

Our response to the hope we possess in Christ is to delight in the things of the Lord. God practices the very things He delights in from us: mercy, justice and righteousness. To show mercy is to not give someone what they deserve. Are you quick to condemn? Quick to judge? Quick to point out flaws? Merciful love calls you to do just the opposite. Merciful love compels you to believe the best about someone [1 Corinthians 13:4]10. How often do we first assume the worst and impute evil motives to someone’s actions? Merciful love is to use your words to build up someone and to consider their interest ahead of your own [Ephesians 4:29, Philippians 2:4].

Justice and righteousness call us to live in such a way that we pursue after those things that are right and good in the eyes of God. Forsaking the temptation to doubt and trust in false gods.

THE END OF THE MATTER

We become whatever we value. Whatever we love [Proverbs 23:7].

Scott Denny is an Elder at Grace Bible Church