These Are the Days 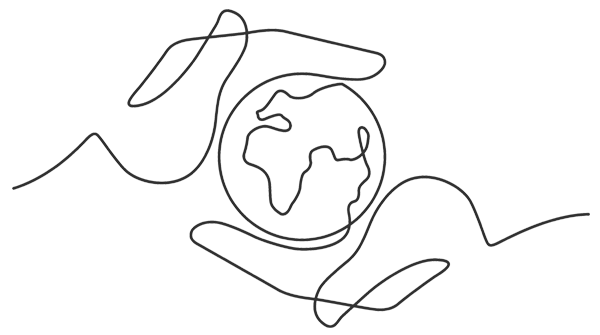 He’s got the whole world in His hands.

Such simple lyrics, penned in the early 1900’s, which later became a popular tune in the late 1950’s. Singing them always brought comfort to my troubled little heart as a young lad, even before I ever knew Jesus. Now a half century later and it’s still a classic. They’re good words to harken unto, especially today when it feels like the world has crumbled beneath our feet. But even deeper-seated ones are heard from the God of the heavens:

“Who has measured the waters
in the hollow of his hand and marked off
the heavens with a span…?” [Isaiah 40:12a]

Imagine holding the universe and all its galaxies between the tip of a thumb and the end of a finger. “How great is our Lord…!”[Psalm 48:1a] And God’s not alone. Jesus is also, “… before all things, and in him all things hold together.” [Colossians 1:17a]

But does He have the whole world in His hands? And are all things being held together? We may ask because our world is nothing like what it was fifteen short months ago, even after the welcomed lifting of some recent pandemic restrictions. We may say to ourselves, “Those were the days.” And with those memories now in the rearview mirror of our peripheral vision, it’s almost impossible to envision our world through a windshield that’s fifteen months down the road, much less fifteen weeks or even days from now. Such winding roads, such rough roads. 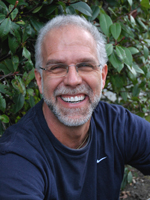 But we are the ones who have heard, who have believed, and who now do the words of Christ. And as such, we do not walk or stand on paths of shifting sand but have rather laid a foundation and built our house “… on the rock.” [Luke 6:48a] For, “… when a flood arose, the stream broke against that house and could not shake it, because it had been well built.” [Luke 6:48b] With such a firm foundation, we can be the ones who no longer say, “Those were the days”, but rather and even now, “These are the days!” So, how do we presently live with that conviction, while continuing to walk and build well, even when sands are shifting all around? Perhaps these anchoring cornerstones can help:

There is little more important to remember in a world like ours; that Christ is with us in the uncertainties and troubles of this life. [cf. Matthew 28:20] His presence is a response to our anxieties.  However, when fears and worries are full on, it is not natural for us to run to Jesus and rest in Him. Now is the time to grow up and become little children.

2. God Removes Our Citizenship from this World–

Perhaps we can now see that our world is fading as some things we once held such a tight grip upon are eluding our grasp. These providences remind us that here we are indeed strangers and pilgrims, sojourners and exiles; [cf. I Peter 2:11a] we’re not at home. Our citizenship lies elsewhere. [cf. Philippians 3:20] Now is the time for our hearts to emigrate and immigrate at the same time.

3. God Controls the Affairs of Our Lives–

No other doctrine other than the complete sovereignty of God can supply more comfort when our world gets rocked. His absolute control is the firmest foundation we can stand upon. Vicissitudes fall upon us as though they are unexpectantly random, like rolling the dice, however when, “The lot is cast into the lap… its every decision is from the LORD.” [Proverbs 16:33] The “… actions of men, evil men as well as good, are governed by God.” [Pink, A. W., 1918, The Sovereignty of God, Bible Truth Depot] Now is the time to relinquish control to the only One who is in control.

4. God Gives the Promise that is Certain–

We Christians know the end of the story while we also live in a world of unfolding drama that spans redemptive history, all right before our very eyes. There are no “if’s”, “and’s” or “but’s” with the promises of God; only “when’s”. And one of the greatest promises of all? Jesus is coming back, and it’s only a matter of “when”. There’s a wedding day coming [cf. Revelation 19:7], and it’s ours. Now is the time for readying ourselves for the Bridegroom to receive His bride.

These bases secure solid pillars to hold onto as we await history’s final consummation, especially in a world that is o’ so mutable but still in His hands and being held together in Him.

Paul wrote to the suffering church in Thessalonica, “… the Lord Jesus shall be revealed from heaven with his mighty angels, in flaming fire . . . When he shall come to be glorified in his saints and to be admired in all them that believe…”.  [II Thessalonians 1:7, 8a, 10a (KJV)] There’s nothing in this world that’s enough to satisfy our God-like capacity to honor His greatness. When Jesus comes on that day, His purposes shall be complete, and His design realized. And we who believe will marvel at Him.

O’ my goodness, considering all this – where we have been and where we are in this world, and where we are going out of this world? “This is the day which the Lord hath made; we will rejoice and be glad in it.” [Psalm 118:24 (KJV)] Yes - These ARE the days!!!

Thomas Kruggel is a non-vocational Elder at Grace Bible Church
and works in the City of San Francisco.