In 1997, suffering from alcohol addiction, Pablo Ramirez met Christ through the brother of his landlord and began attending church in Tijuana. It is there that he met his first wife, Esperanza. 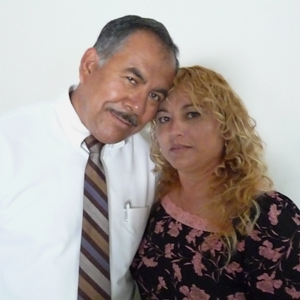 They left Tijuana and began a small business in San Quintín. Friends, neighbors and clients with whom Pablo was sharing the gospel encouraged Pablo to start a church.

In 2001, Fountain of Living Waters Church was established in San Quintin with just a handful of people.

In 2011, Esperanza went home to be with the Lord after a long battle with diabetes. In secret she had been asking her children to pray for a wife for Pablo to help in the ministry.

Shortly thereafter, Pablo met Lupita and the two were married in November 2011. They serve together in San Quintin with other faithful men, preaching the gospel and ministering to their community.