Edwin is an associate pastor, and teaches at local seminaries in Siguatepeque, Honduras.

When Edwin was 9 years old, his parents became Christians and began to take him to church. By the time he was 12, he became convinced that he was a sinner headed for eternal condemnation and accepted Christ as his Lord and Savior. 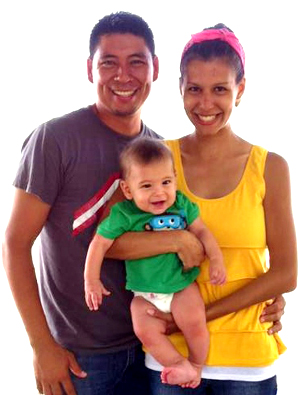 After high school, Edwin had a great desire to study the Bible, but he came from a family of very limited financial resources, and so he felt the need to study for a career that would enable him to help his family financially.

He tried several times to get into college, but it soon became clear that God was closing those doors and opening the one to the path He wanted Edwin to take. Edwin was offered the opportunity to work and study at the MEDA Seminary for Expository Preaching in Siguatepeque.

During his time at MEDA, God opened his eyes to various doctrinal truths which he had previously misunderstood. In 2008, Edwin graduated from seminary, and in 2009, he was ordained and began serving as youth pastor and elder at Iglesia Bautista Betania in Siguatepeque.

It was also during his years at seminary that he met his wife, Kimberly. Edwin and Kimberly were married in April of 2011, and they now serve in many ministries, both at their church and with mission teams from the States.

Edwin currently serves as associate pastor at Iglesia Bautista Betania, preaching multiple times during the week, counseling, and leading the youth group and worship team. He also has various opportunities to teach Biblical courses in multiple seminaries in Siguatepeque.