In February 2023, Fernando and Sylvia moved from their ministry at Ebenezer Church in Tijuana, Mexico to Liberia, Costa Rica where Fernando will be assisting Edier Urbina with both the church plant, Iglesia Cristiana Bandera en Alto, and with the new Bible Institute, Academia Ministerial Cristiana (AMC).  Through public offerings of AMC classes in late 2022, new connections with perhaps 34 more Costa Rican churches have created the potential for a significant growth in the number of students attending AMC.  AMC offers about 6 weekend conferences a year aimed at discipleship training to prepare church leaders with truth from God's Word.  Fernando will be helping with the administration of classes and students, teaching some of the classes, and assisting Edier with pastoral responsibilities at the Liberia church so that Edier has more time to devote to development of AMC and growth of the student body.

Fernando and Sylvia are both very excited by this new opportunity to serve God's church.  It is a new adventure for them in a different country with a different culture, even though the language is still Spanish.  They are both enthusiastic and committed to service that strengthen's, encourages, teaches, and grows the church in Costa Rica.

Fernando Rocha Del Valle grew up in Central California and was a gang member starting at the age of 10. The next 15 years of drugs, crime and violence placed him in many areas of the California penal system: Juvenile Hall, California Youth Authority, and finally, California Department of Corrections. 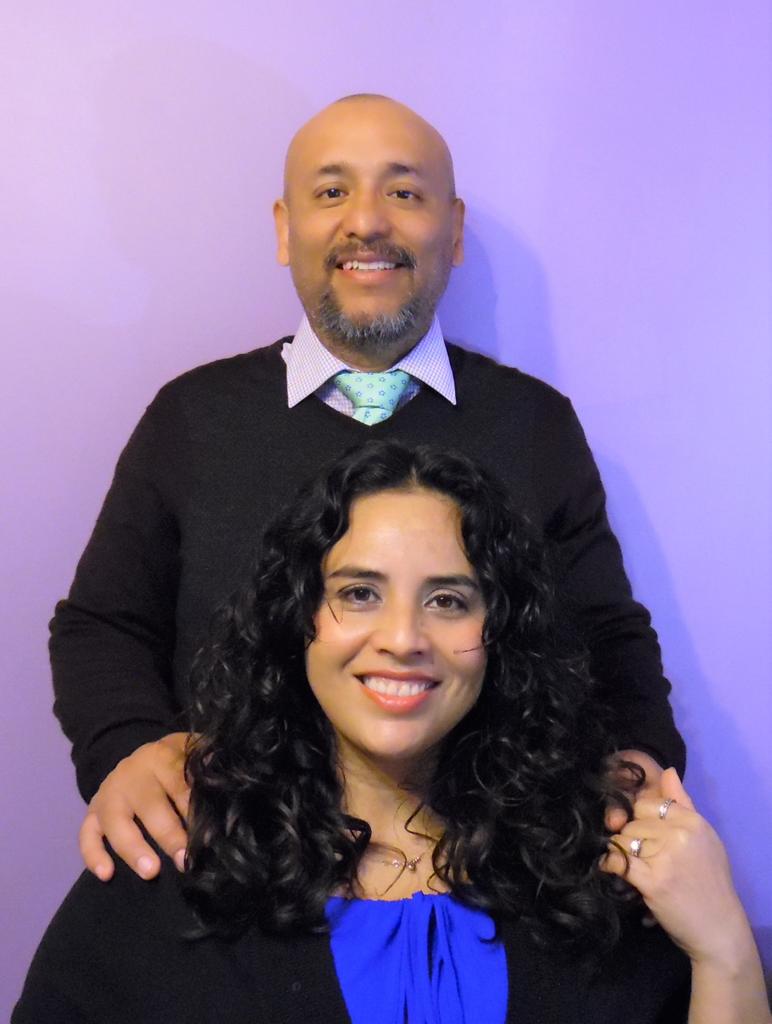 He was a double slave – on one hand to sin and on the other to the State of California. Because of his lifestyle, he was looking at being in prison for life because of California’s Three Strikes Law. Instead, he chose deportation, since he was an undocumented immigrant.

Fernando thought he had everything under control, but it was God’s providence that he would be deported. After having lived in the United States for 25 years, his sudden move to Mexico was quite a shock, and he became depressed and felt lost.

God had now placed Fernando in a situation where he had no other option but to look to and to trust in Jesus.

God brought him to Ebenezer Bible Church and Eagle’s Nest, a colony east of Tijuana. Though Fernando had heard and ignored the gospel throughout his life, God appointed this time for him to understand it.

“When I heard the precious message of the sacrifice of Jesus Christ, all I could do was recognize my disobedience and ask God for forgiveness now that I knew that the gospel was real and was for me.”

In the 20 years since that time, he has been growing in Christ and serving at Ebenezer church, alongside his wife, Silvia.  He was pastor at Ebenezer church for many years, training up Bruce Moscoso who has served as pastor/elder alongside Fernando for several years, as well as Sergio Tapia and Andres Pino, who will soon be approved as elders to work alongside Bruce.  With Ebenezer Church in good hands, Fernando and Sylvia are moving on to serve in Costa Rica.